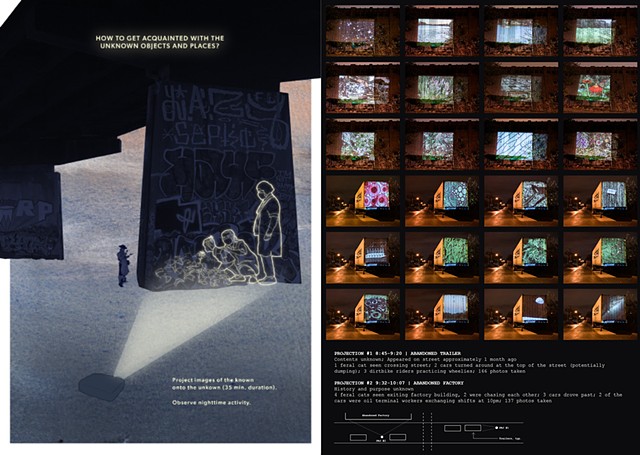 Previous experiments with projection led to compelling new observations about activity and occupation on the site. Accordingly, I set up two 35-minute projections on 52nd street, during which I observed many feral cats, oil terminal workers swapping shifts, and dirt bike riders practicing their wheelies. The content of the projections explored the overlap between the known (images of objects, phenomena I had observed on site and scientific images of cells and the universe) and the unknown (the abandoned factory, the history of which I could never discern, and the abandoned trailer that had appeared mysteriously in September with no indication of its contents); the act of projection opened up a bridge between the two.