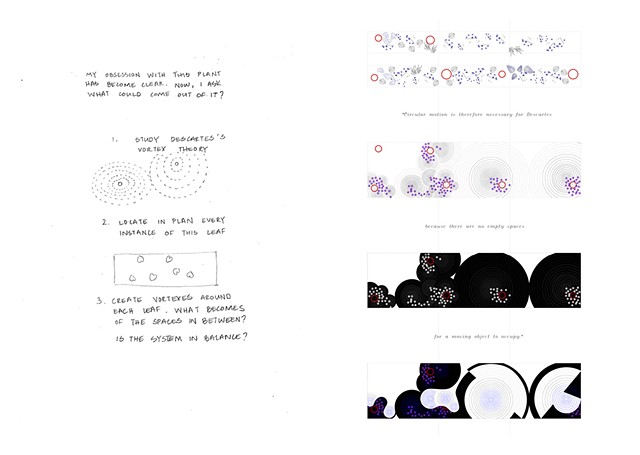 From our class lecture, I was fascinated by the example of Descartes’s Vortex Theory as both a scientific theory but also a design experiment. Using the texture marks I developed in “COLLECT”, I worked in plan to locate every instance of a leaf that I had been preoccupied with over the last few weeks and used the leaf as an anchoring center point for a vortex.

How do the various vortexes interact with one another? What becomes of the spaces in between? Do they create a balanced system? The vortexes present various opportunities for spatial intervention, which are explored in a series of figure/ground diagrams.