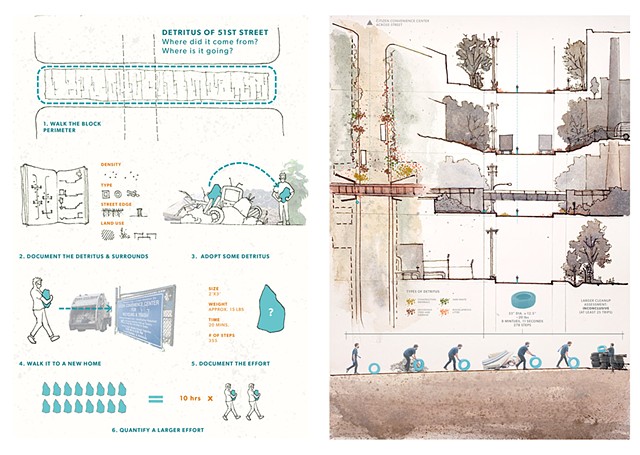 52nd is one of the only streets leading to the riverfront path, but it is flanked by dense vegetation, an abandoned factory, an oil terminal facility, and a vacant industrial lot, which give it the feeling of a forgotten back street. Despite the Citizen’s Sanitation Convenience Center located right across from the entry to 52nd, the street is strewn with piles of construction rubble, litter, and detritus of varying origins and character.

I hypothesized that people were dumping on the street after being turned away from the Convenience Center, so I decided to roll a stranded tire up to see for myself. It turns out they were happy to take the tire and this would be the first of many unanswered questions as I observed the trash piles change, fluctuate, disappear, and reappear on nearly a weekly basis. In a bizarre twist, I returned one week in late September to find that all of the previous week’s miscellaneous piles had been replaced by large piles of tires.