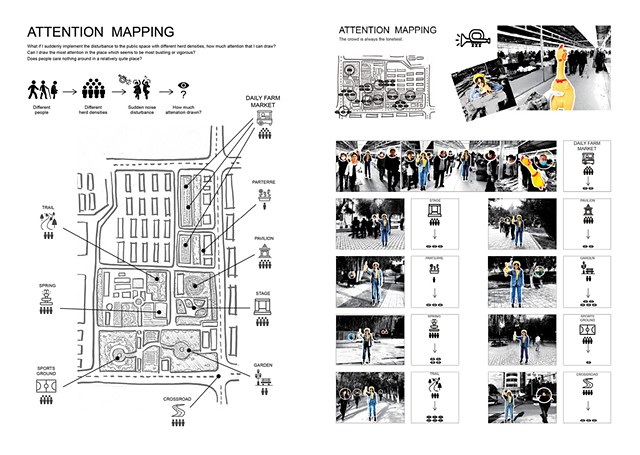 If I unexpectedly frighten a crowd that is made up of different densities, how much attention will I actually draw from people? After I implemented this experiment in my neighborhood, what I found is that people’s attention is not as heightened as I expected it would be. Especially in the market where there is such a large crowd, people seem to pay such little attention. It turns out that the crowd with the biggest population is actually the loneliest one.