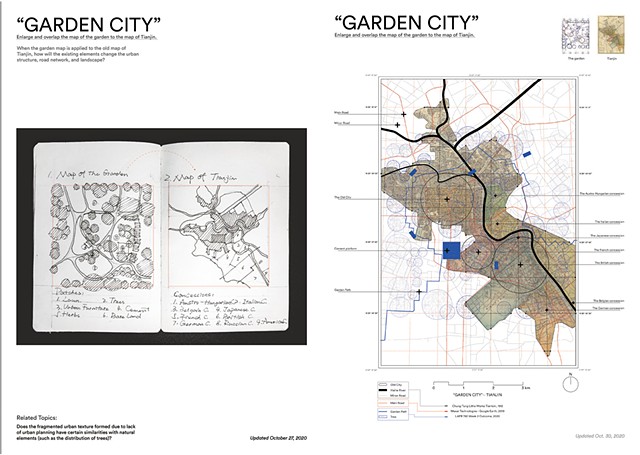 When the map of the site overlayed on the city where it is located, how will the existing elements on the site change the original city structure? The "experiment" tries to establish a connection between the self-organized garden and the fragmented urban texture caused by concessions of ten countries. In Japanese concessions and other places, the high density of the road network coincides and overlaps with the high density of the garden trees in the corresponding locations.