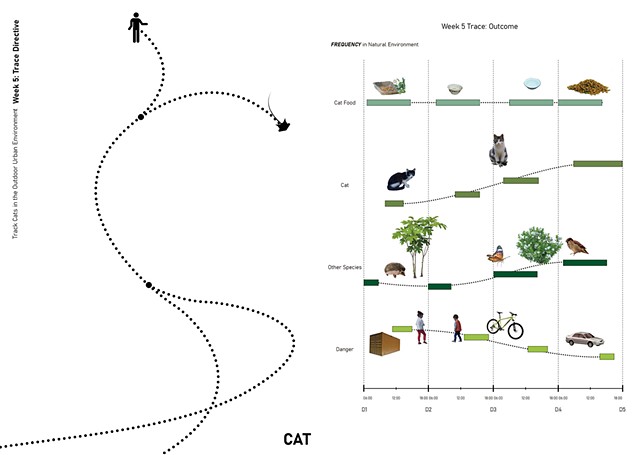 For the action of tracing, I paid attention to the cats in nature. It's probably because many visitors in the park are used to putting food and water along roads, near buildings, or on the plaza; almost all cats I happened to see that day were in the relatively built environment rather than the natural habitats. So I experimented with feeding the cats in the dense flower bushes, deep woodland, and the meadow's core. It turned out that cats' trace occurs considerably less frequently around human-occupied space, which will avoid additional accidents.