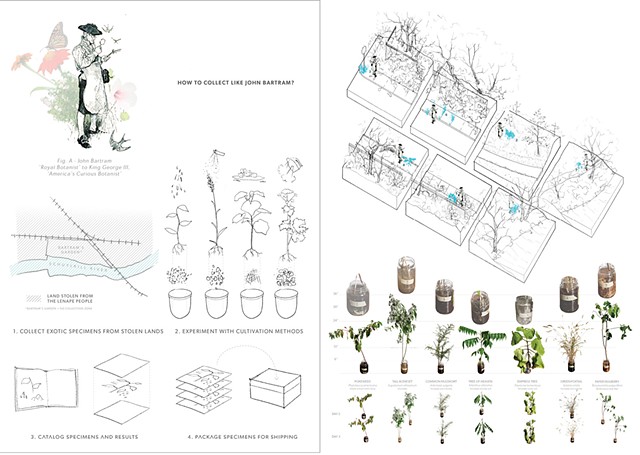 Though John Bartram, “America’s Curious Botanist,” would be pleased to see that his garden endured through centuries of urban development, certainly the surroundings and the many introduced plant species that thrive in this new environment would seem quite foreign.

I applied Bartram’s botanical process by collecting species from the site and experimenting with their cultivation using different growing media and soil amendments in jars in my apartment. Ultimately, none of the specimens survived beyond a week, but the fieldwork gave me important insights into their habitat preferences, and I developed a special affinity for them despite their “invasiveness”.