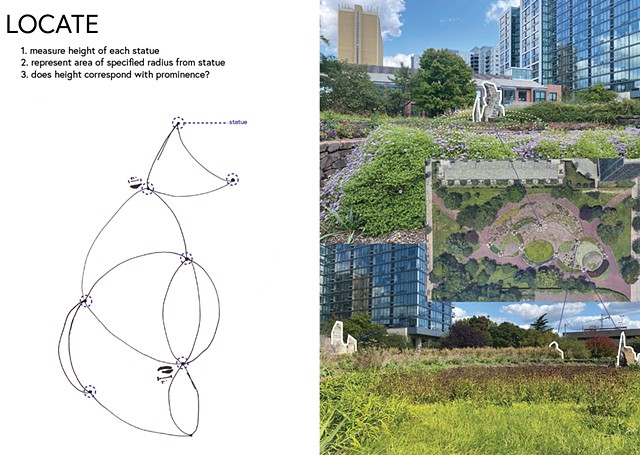 Driving the observation was an inquiry to whether the height and size of rock monuments in the park correspond with prominence. After mapping the rocks, their various connections to each other, and their relative heights, there was no distinguishable relationship between prominence/centrality or height. In fact, there was a negative relationship between elevation and prominence where the lowest situated rocks were more prominent than the higher ones.